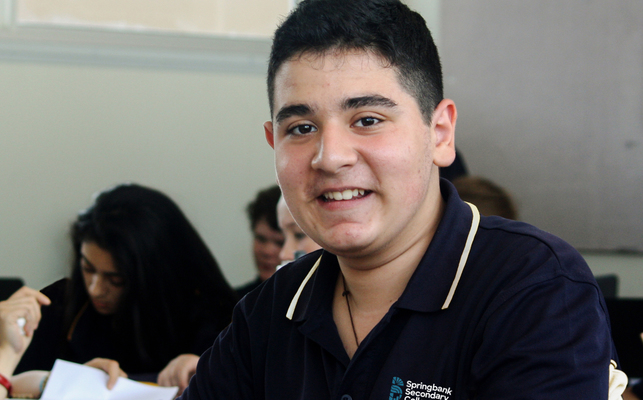 Springbank’s students, staff, and invited guests celebrated the outstanding achievements of Sophie and Kane on receiving the Minister for Education Award during an award ceremony today. Both Sophie and Kane were instrumental in the campaign for keeping Springbank open and were presented the awards by Liz Scarce, Ambassador for Children’s Week and Margie Berlemon President Children’s Week Association at a special assembly.

Nominated by Friends of Springbank Secondary College (FoSSC) for their extraordinary work, they received resounding applause of appreciation from the Springbank school community.